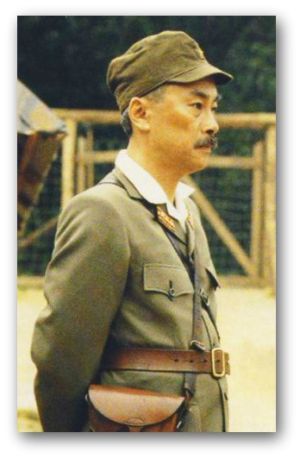 December 1942. It is monsoon season and having been in the camp for ten months. There is heated debate over how to celebrate Christmas until Mrs Van Meyer provides a compromise solution. Beatrice has become obsessed with the threat of beriberi and the possibility of obtaining Vitamin B1 from some bean plants provided by Yamauchi. While outside the camp on a work party the women see some white male prisoners and when the Japanese make preparations for an unspecified event, Sally wonders if it could be for a visit from their men. A tenko is called at which Yamauchi tells the women that they will be moving to a new camp. Despite this news, the women still plan to have their ‘Christmas dinner’ and to hold a concert the night before they leave. Marion asks Yamauchi if he can provide the names of the male prisoners at the nearby camp before they depart. She and Sister Ulrica both fear that there may not actually be another camp and that instead they are to be killed. The women prepare for the meal and the concert. Although she has contracted beriberi, Mrs Van Meyer is determined to perform. The concert is a great success with Rose as ‘master of ceremonies’ and the initially reluctant Blanche throwing herself into it. Ulrica tells a now very distressed Beatrice that she has secured jars of yeast tablets, containing the vital Vitamin B1, from the guards by giving them pages from a Bible to use as cigarette papers. The list of male prisoners is put up outside the cookhouse. While Rose and Debbie receive good news, Sally is heartbroken to discover that her Peter is not on the list. Yamauchi confirms with Marion that the list of male prisoners is complete. When she asks him for details of the journey ahead of them he evades her questions. The women are escorted out of the camp and head off into the jungle.